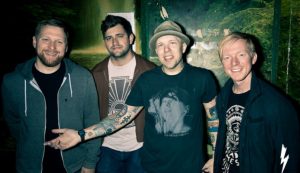 Honest rock’n’roll, played loud, recorded to analog tape and founded in 1996.
Over 20 years later still going strong, traveling the world and doing what they love.

2017: the band is currently on tour with New Found Glory as well as The Queers and planning to come to Europe in early 2018 coincide with their first release on Funk Turry Funk.