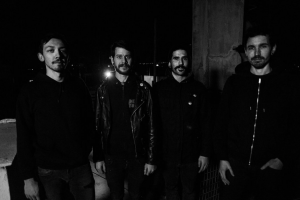 In the past 5 years the band have released a few EPs and done around 400 shows all around Europe, UK, US, and Canada including 2 appearances at FEST in Gainesville, Punk Rock Holiday in Slovenia, Rockwave Festival in Athens, and all the clubs, squats, basements, garages, bars in towns just like yours…
Their new record is called „Trails“ and will be out in Fall 2016 via Lockjaw Records / No Reason Records on vinyl and exclusively through Funk Turry Funk on CD.

« A Brief Smile – A Tribute To Elliot Smith
Despite Everything – Trails »